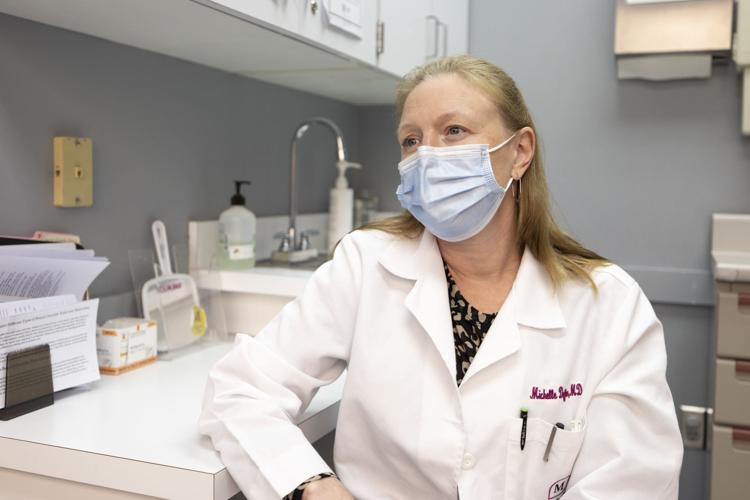 Those practices have fallen by the wayside, as has slathering on baby-oil and iodine in effort to get a quicker and darker tan. Today, more people are educated about the risks associated with sun exposure. In response, they’re applying sunscreen in effort to protect their skin from the sun’s rays.

“We’re seeing women now who are in their late 20s and 30s who actually have better skin than their parents did probably at that age. A lot of it has to do with the sun protection and just the quality of the sunscreens that we have now,” Daffer said. “Over the last few years, we have had improvement in the spectrum that the sunscreens cover, both UV and UVB. We’ve also really improved the application of those sunscreens. They aren’t all white and thick and smelly.”

As a child, Daffer recalls her family owning a lone bottle of sunscreen with a meager Sun Protection Factor of four. She said they didn’t use it very much.

“Now, people actually go through sunscreen and buy new sunscreen and take sunscreen when they go to the pool and go to the beaches,” she said. “I think in the future we’ll start to see some improvement of just the quality of skin, just because of sun protection.”

As we age, Daffer said the skin on the backs of our hands and forearms becomes thinner. Under a microscope, she said, you can literally see the epidermis, the top layer of skin, shrink in size.

“Sometimes, we’ll start off and we’ll see a really thick layer and, as time goes on, we’ll literally see almost just one cell across there. That’s all that’s really protecting the insides,” she said. “Because of that, we start to have a lot of water loss. We just don’t have as much barrier.”

This dryness leaves our skin feeling itchier. Our skin also doesn’t snap back into place as well as it did in our younger years, due to changes in our elastic tissue and colleague, according to Daffer.

“Over time, the sun will damage our elastic tissue and it actually can break,” said Daffer, who noted that underneath a microscope aging tissue looks like curlicues on the top of a present, rather than stretchy bubble gum. “We’ll see people who bruise easier, whose skin rips easier. Part of that’s the component of the thinness of it, but then also it becomes less flexible.”

The skin’s pigment can change, too, as we grow older. Daffer said it may appear more red and/or develop sunspots, brown spots caused by sun exposure. Sun damage can also make texture and thickness issues worse, in addition to color changes.

“That is part of sun exposure, but also because of the genetics of how their cells produce pigment,” she said of sunspots. “All of these things happen naturally without even sun exposure. Once you add sun into the equation, all of this is kind of sped up and it makes it even worse.”

Intense sun exposure at a young age, especially if an individual has fair skin, can cause these changes to occur faster, some times as early as a person’s late 20s.

Information about vitamins, minerals and topical proteins we can either apply to our skin or take orally is becoming more readily available.

When she got into dermatology, Daffer said there was just one cosmeceutical, a product made to regenerate and improve the texture of the skin.

“Now, when you go into Walgreens or Target, there are rows and rows,” she said. “There’s a lot information on doing topical Vitamin A and Vitamin C, different proteins and things like that. All of those do have some potential benefit of keeping our skin healthy.”

Daffer said it’s a difficult task to go to the store and try to pick out the right products to keep your skin looking young and healthy.

She said wearing sunscreen with an SPF of 30 and above daily is a must, even on a cloudy day.

“There’s always that potential for some UV damage, so just get into the habit of at least putting it on your face and neck every day,” she said. “It’s always a good idea just to start with that.”

Daffer also recommends using an antioxidant (Vitamin C is one of the most known) to help repair UV damage and other trauma to the skin.

“Antioxidants go in and basically find the damaged cells and help to get rid of them and to allow the healthy cells to continue to grow. They’re kind of like the scavengers of our skin,” she said. “Wash your face, put antioxidant on, and cover it with sunscreen. That’s a great way to start your morning.”

In the evening, Daffer said using a retinol or retinoid, Vitamin A derivatives, can be beneficial alongside a moisturizer.

“Those actually have ingredients in them that tell our skin to turnover faster and to, sometimes, repair some of that elastic tissue and collagen that has been broken,” she said. “After that, you can start adding in a whole bunch of growth factors and proteins. There are some that are plant-based. There are some that are more synthetic. There’s a whole gamut of other steps that you can do.”

Daffer said you don’t need to spend a lot of money on skin care products. She said there are a number of inexpensive over-the-counter options that are manufactured by companies that focus on dermatology.

Products that are only available through a physician are a bit stronger and work a little faster, according to Daffer. Those products also cost more. But, Daffer said that doesn’t mean that the over-the-counter products won’t work for you. She said you just need to give them some time. You won’t notice drastic improvement in your skin overnight.

“They really do take a few weeks to months to work. It’s probably about two to three months to start to notice some changes with it,” she said.