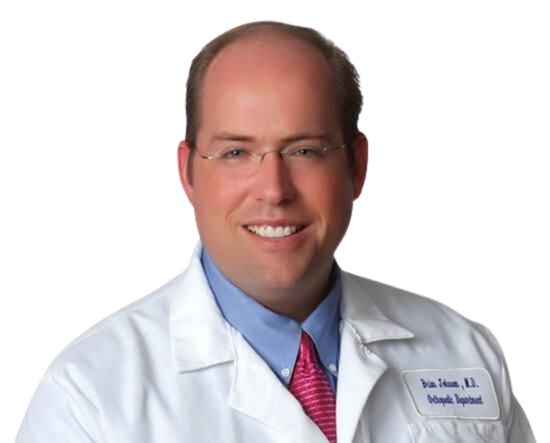 Dr. Brian Johnson was raised in a military family in multiple areas around the country. He spent his early childhood in Waterloo, Iowa, and later Texas. He received his undergraduate degree in Molecular Biology from Brown University graduating with honors. While there he started on the Division 1 Football team as a lineman and later started on the Rugby team that won the Ivy League Crown 3 years in a row and were Division 1 National Quarter Finalists.

Dr. Johnson attended the University of Texas, Houston School of Medicine. While at the University of Texas, Dr. Johnson graduated in the top 1% of his medical school class with the distinction of Junior A.O.A. He later completed his residency training at the University of Utah and completed a Sports Medicine fellowship in San Diego, where he specialized in complex shoulder and knee reconstructions. He had the opportunity to study cartilage reconstructive procedures at the Rizzoli Institute in Italy during his residency and has published several scientific papers on this topic and other sports medicine related topics.

Dr. Johnson has traveled to visit with several worldwide experts in cartilage reconstructive procedures and shoulder replacements and sees patients at CNOS with musculoskeletal disease in a compassionate, sophisticated and empathetic manner.

Dr. Johnson has traveled to France and visited with several of the nation’s top surgeons. He has done over 1,000 shoulder replacements and reverse shoulder replacements. Dr. Johnson enjoys the privilege of seeing patients with musculoskeletal disease approached in a compassionate, sophisticated and empathetic manner. Brian married his sweetheart Elizabeth who runs their household of six children. Brian and crew moved to Sioux City to join CNOS in 2009 and start his practice in the heartland. 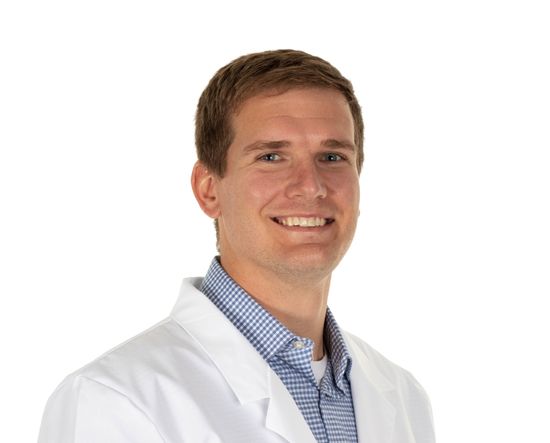 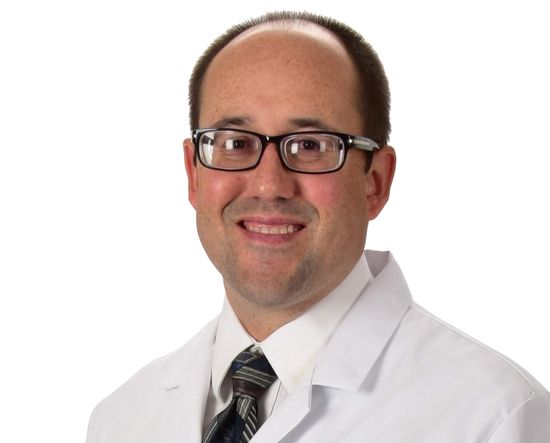 Dr. Johnson has been a lifesaver. Both my shoulders needed reversal replacement. Doctor explained in depth what would happen. First he did my right shoulder. I experienced no pain after surgery, and my range of motion, after therapy, was excellent and NO PAIN. He just recently did my left and it was, again, now pain free. Doctor Johnson takes the time to thoroughly explain all that is need and all that he will do. Trust in him as I have!!